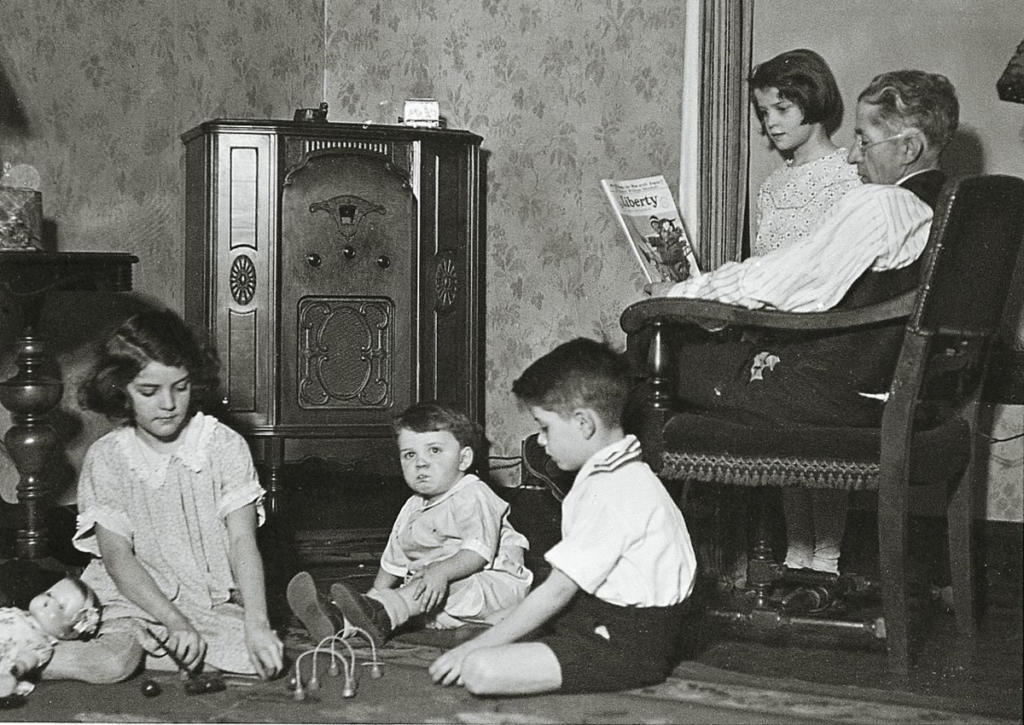 Meanwhile, a 365 foot long Japanese I-17 sub came to a stop off of the Ellwood coast. Commander Kozo Nishino had visited Ellwood many times before the war, loading crude oil in a navy tanker, so he was familiar with this coastline, especially one particular cactus plant. Nishino gave the order to prepare for action. A gun crew quickly took aim at a huge Richfield fuel tank just beyond the beach. 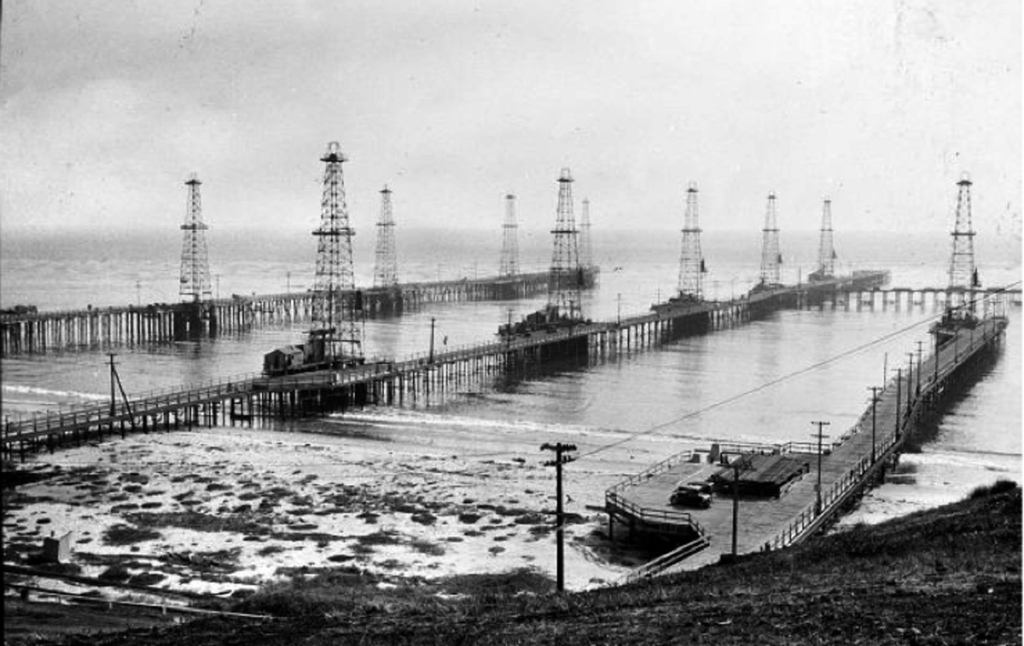 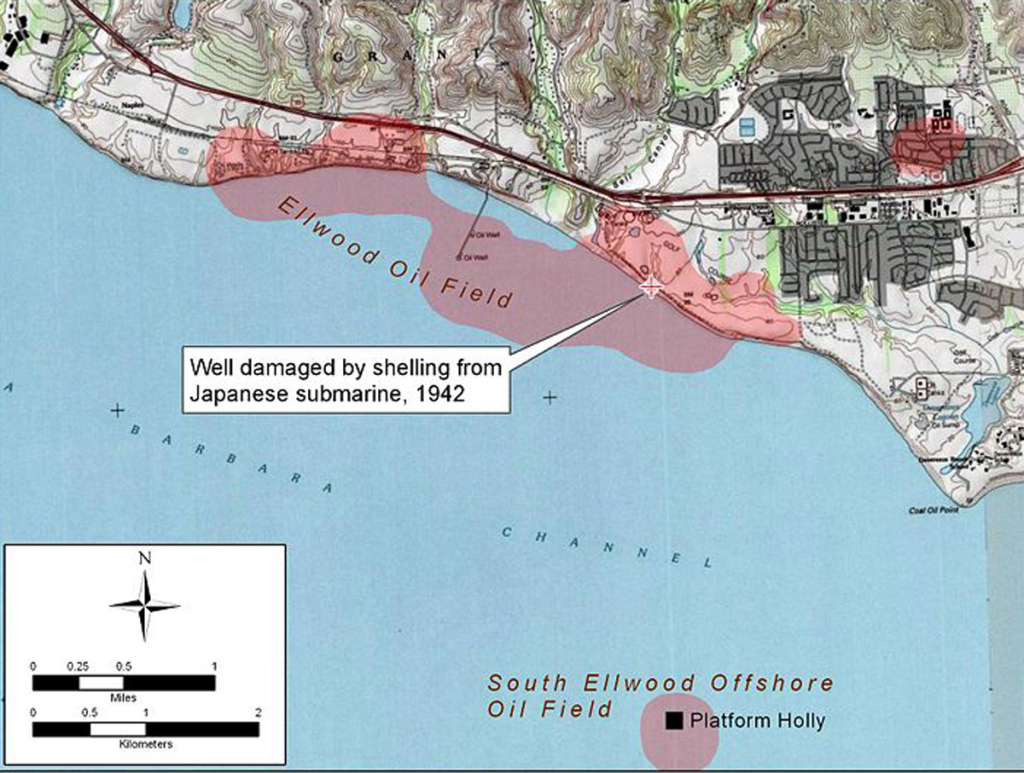 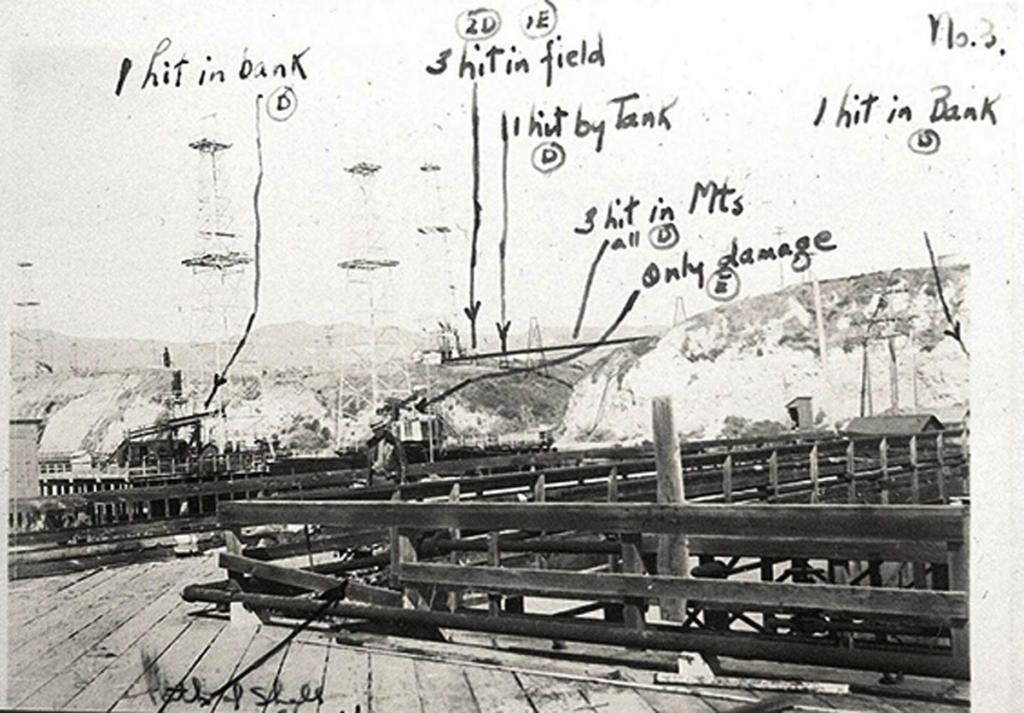 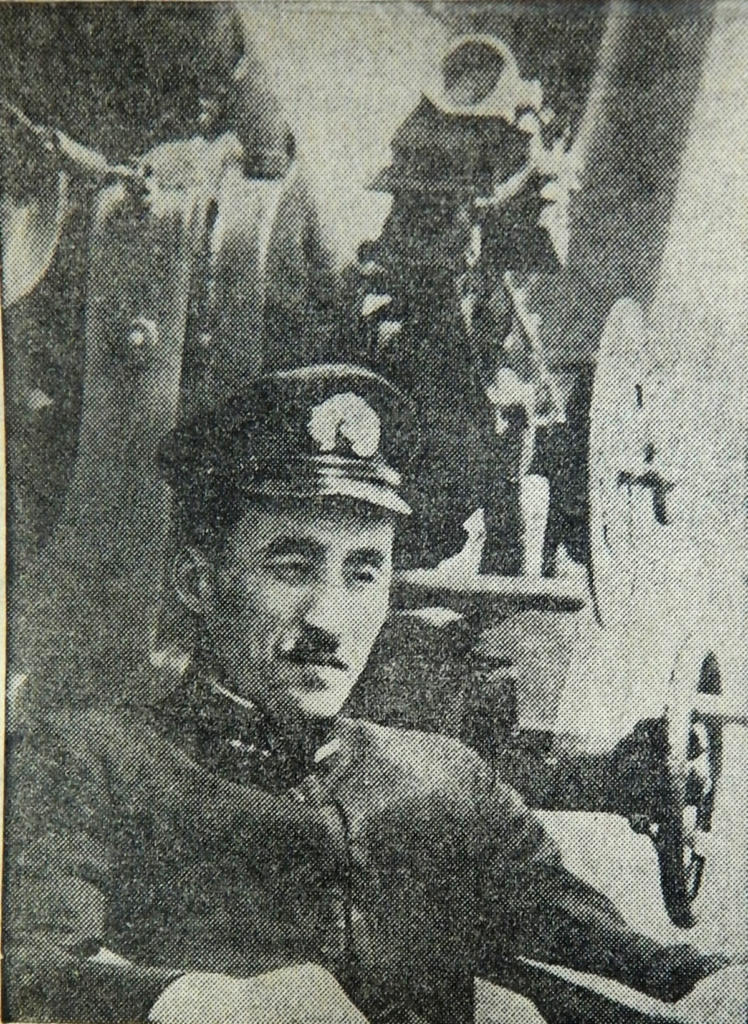 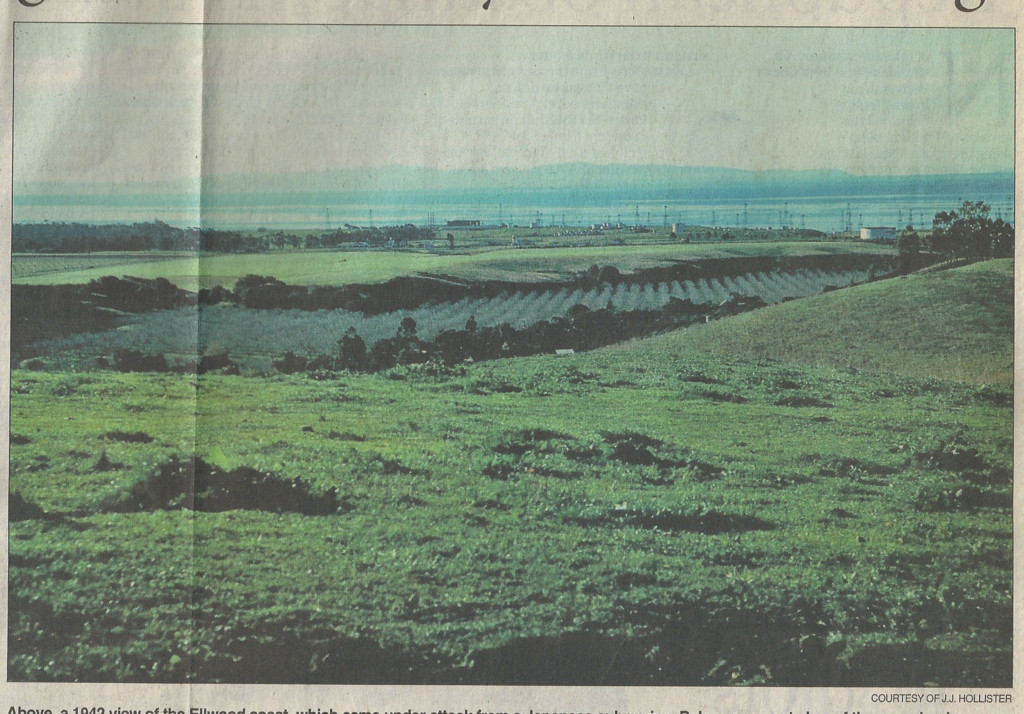 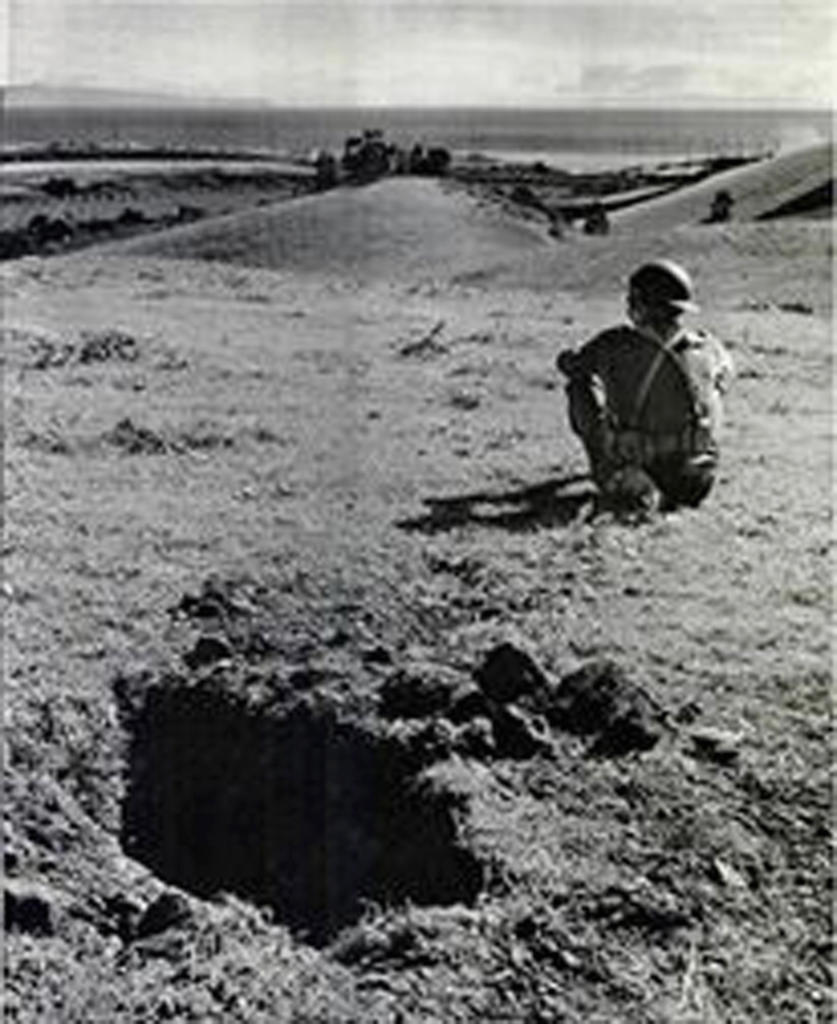 A lone soldier keeps watch over Winchester Canyon while sitting beside a shell crater. 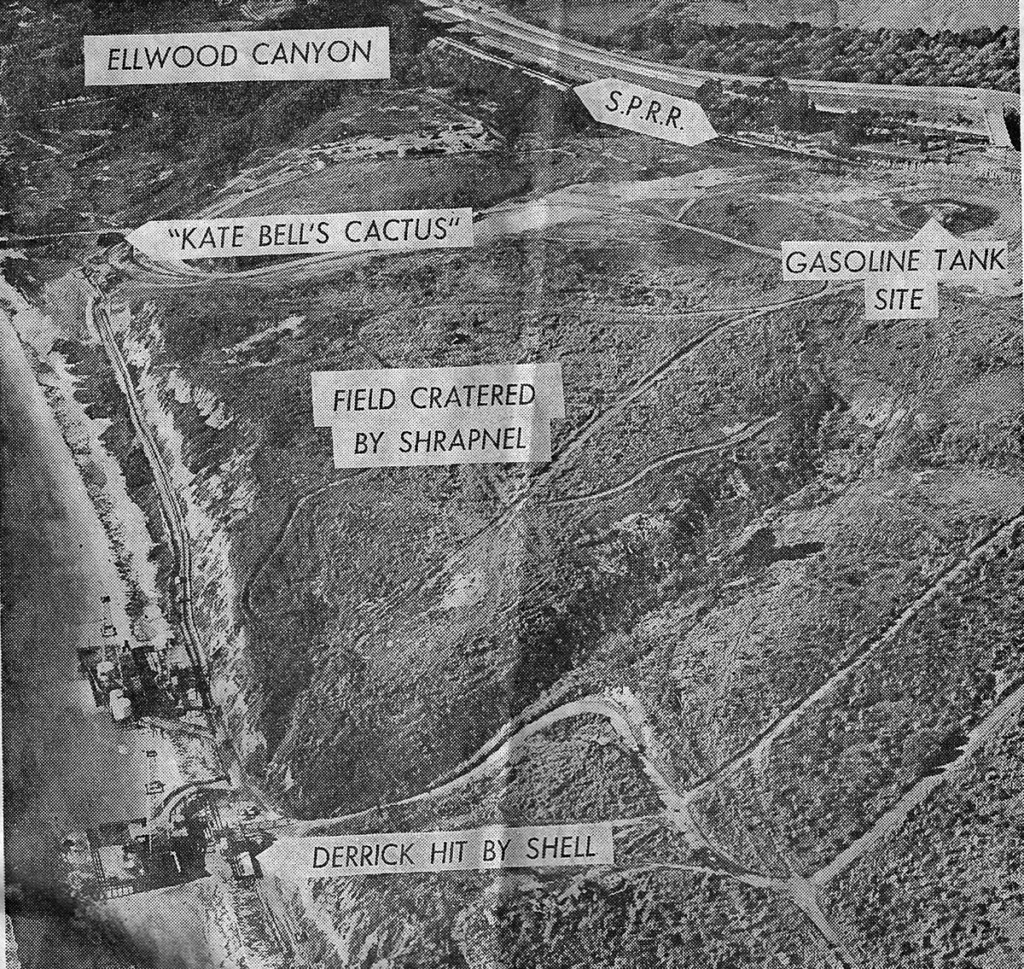 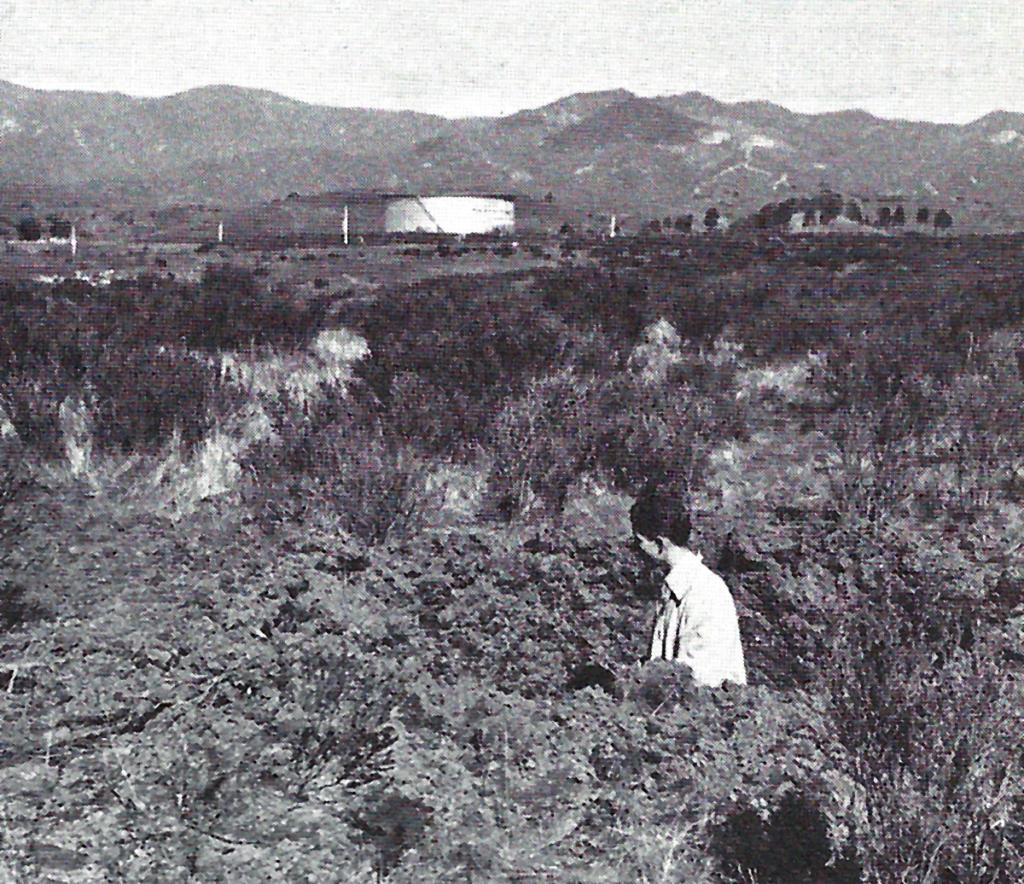 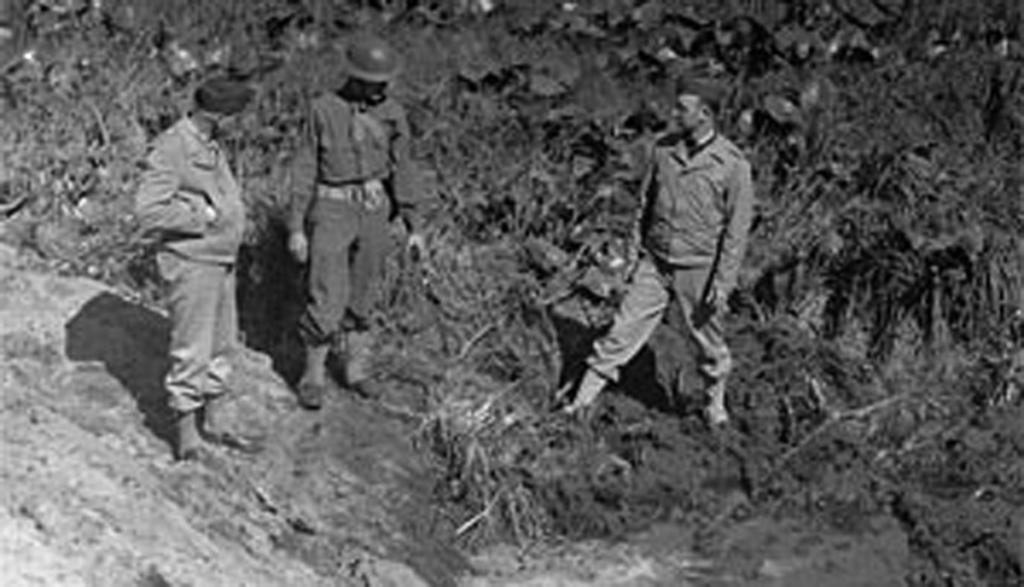 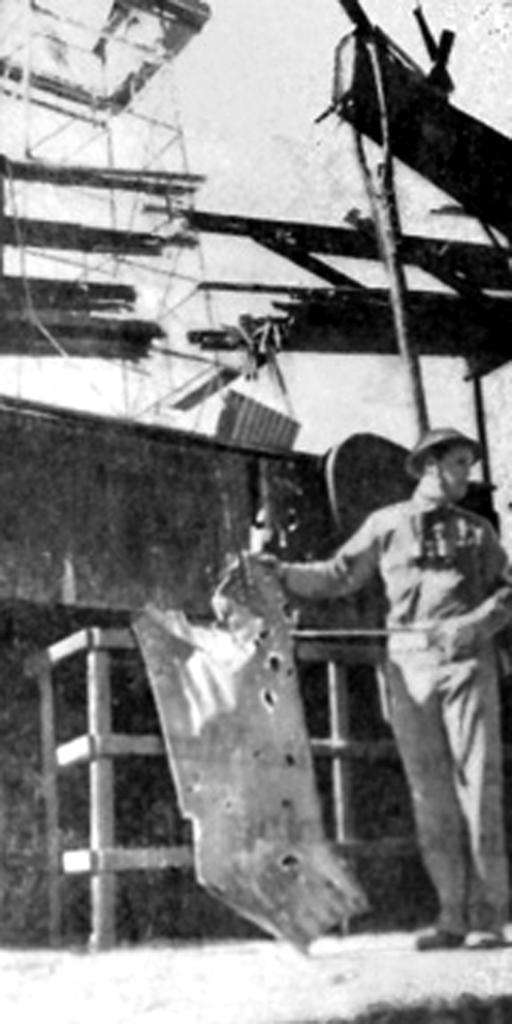 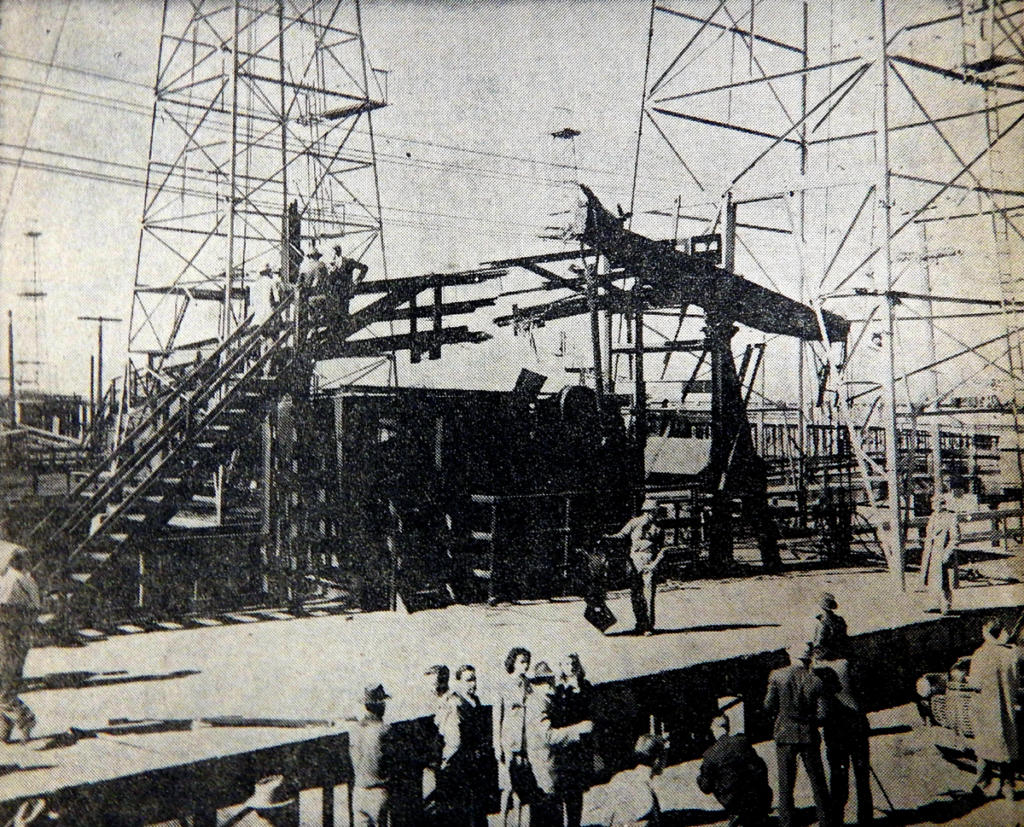 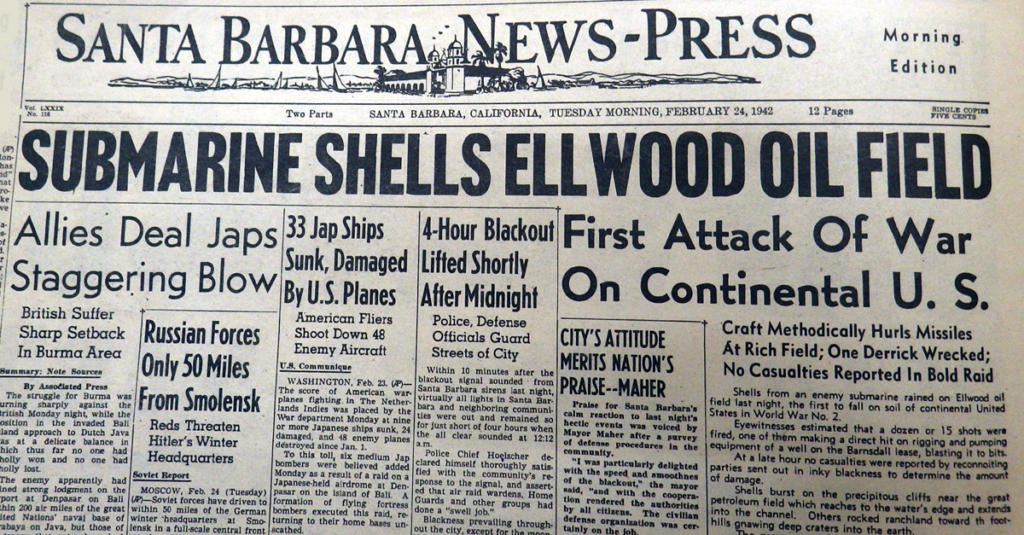 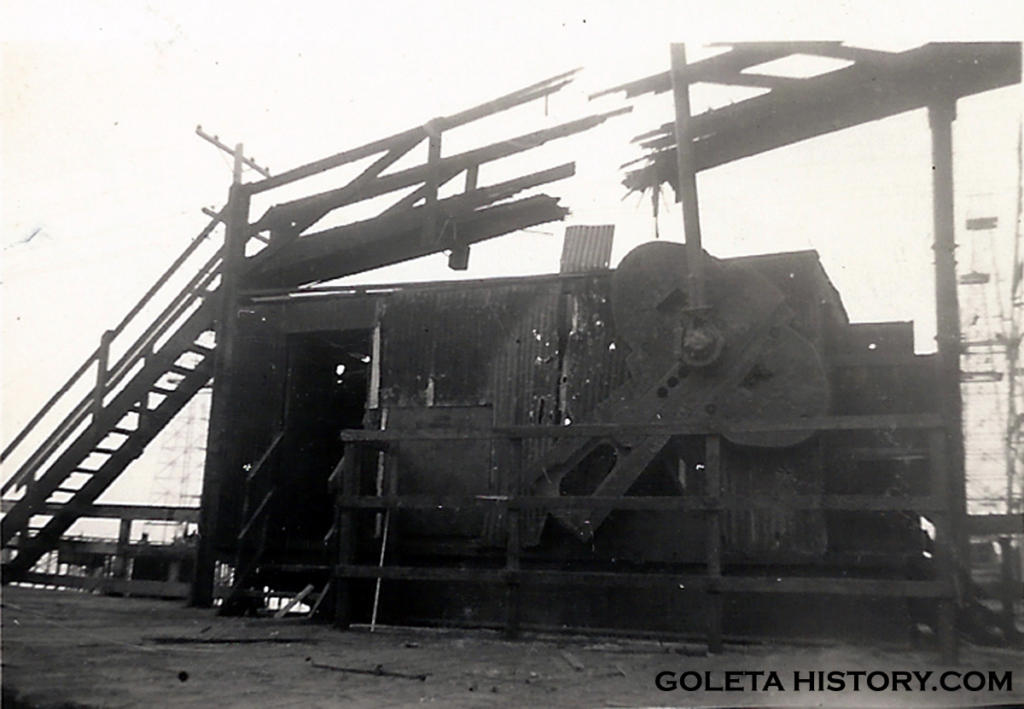 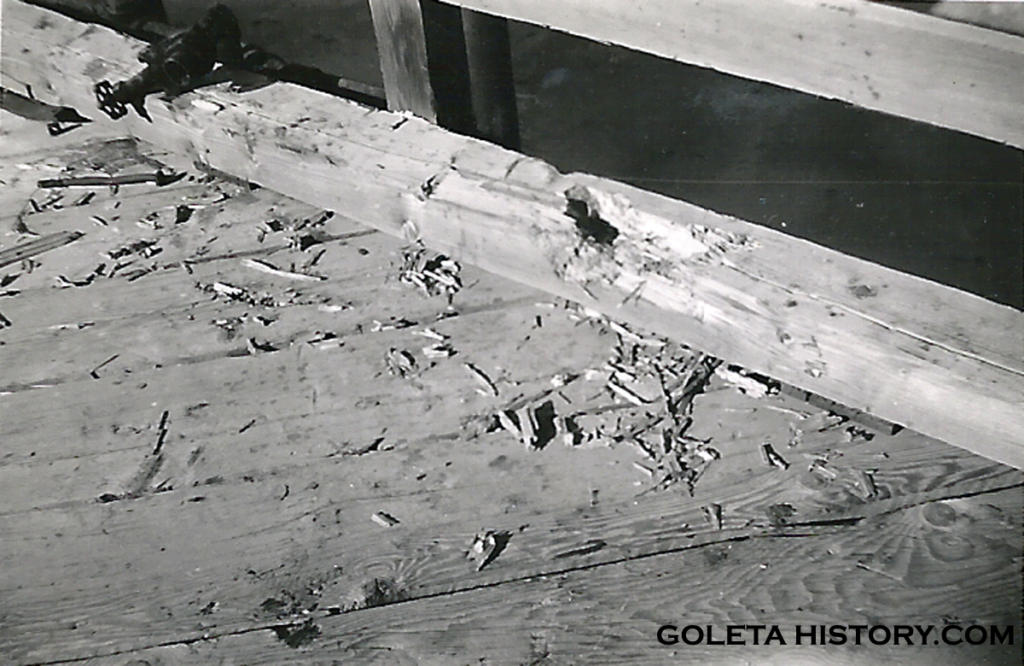 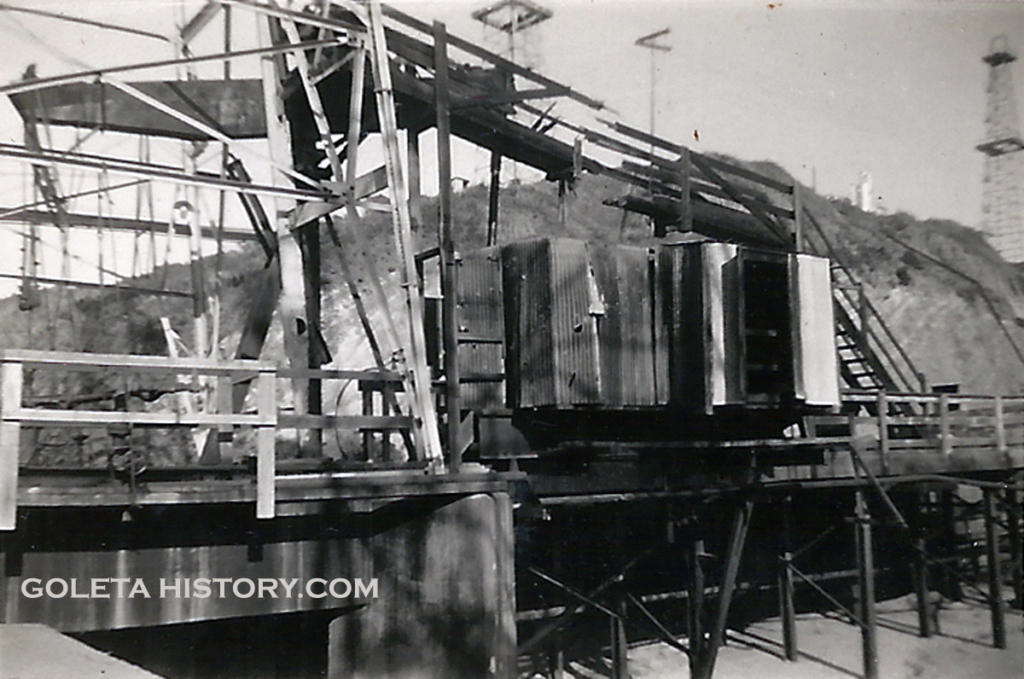 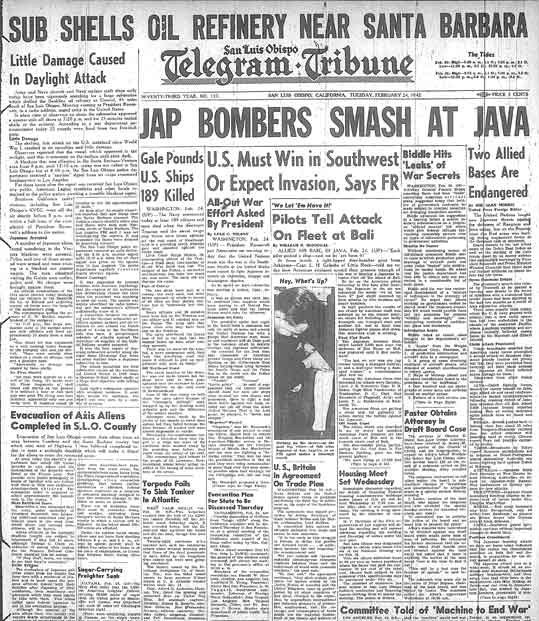 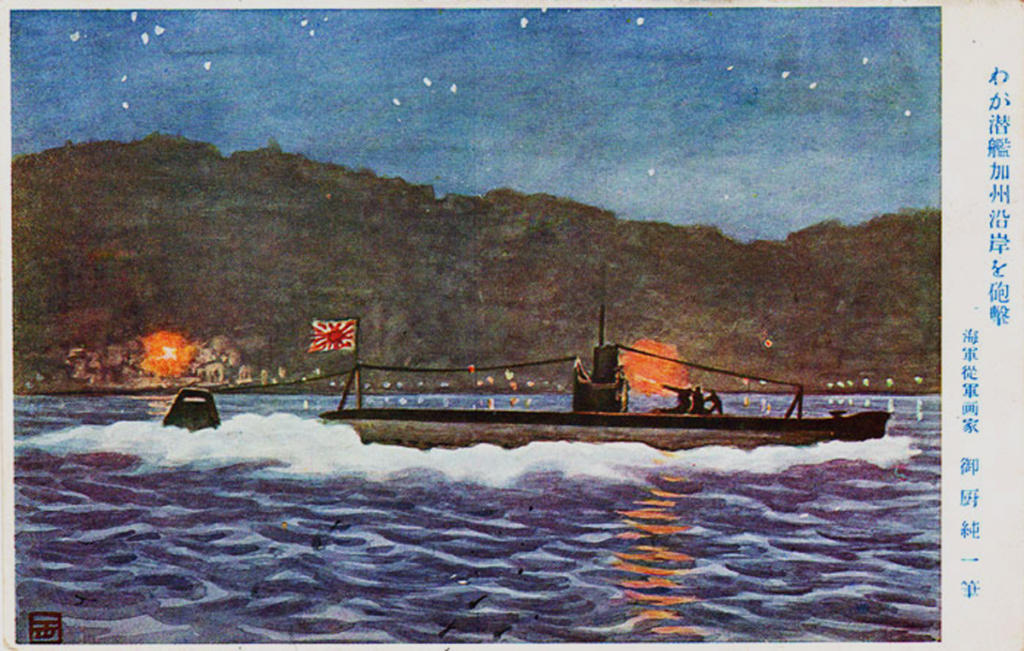 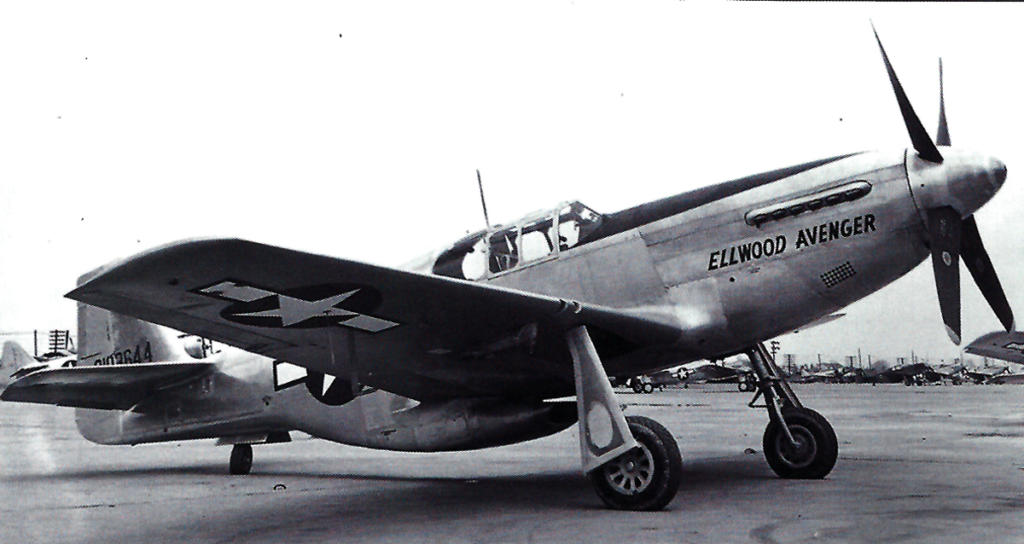 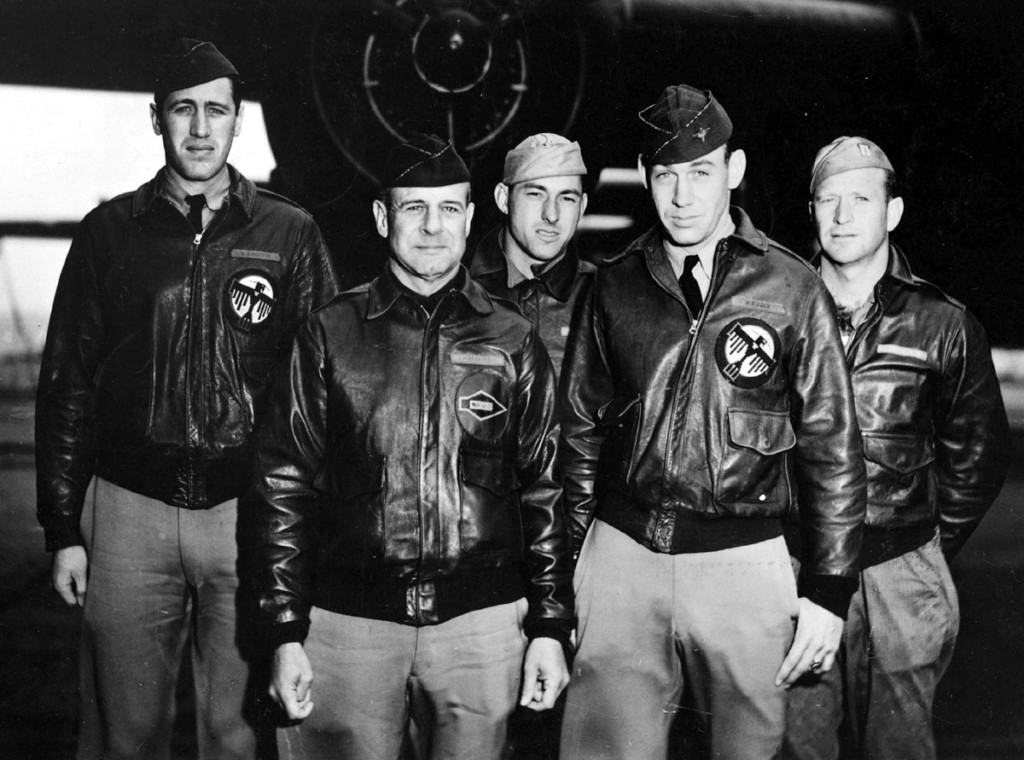 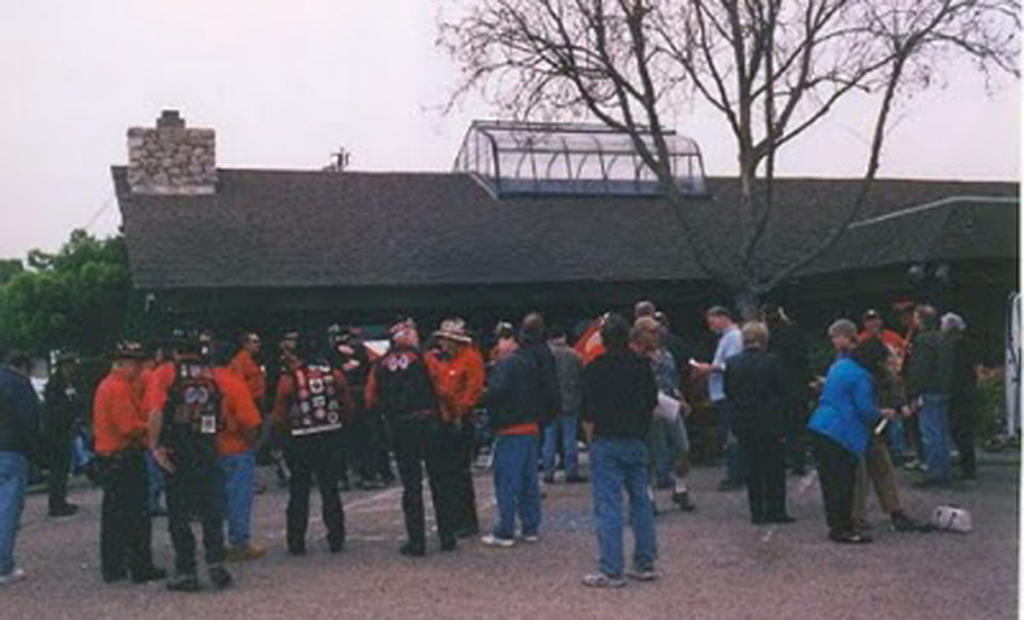 In 1953, Tex Blankenship purchased 20 acres of Ellwood land with the intention of building a restaurant on it. Tex also purchased timbers from the Goleta oil field pier that was bombed by the Japanese during WWII. He used them to start building the Timbers restaurant, but it was not opened until 1963 when the Velliotes family bought it. Today it sits closed. 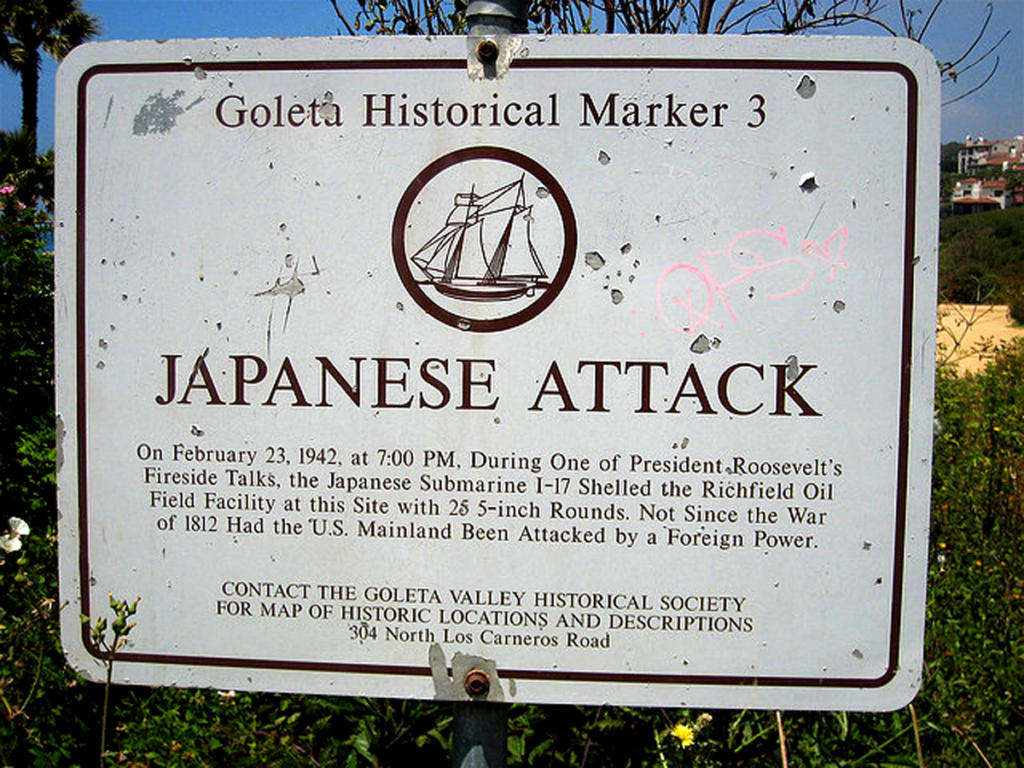 This sign can be found at Haskells Beach, commemorating the attack on Ellwood.